Do you struggle with how to teach your preschooler a foreign language? Charlotte Mason suggested beginning at the earliest ages, but how do we do that when we don’t speak the language ourselves?

We know that using a curriculum for this age group is anathema to a Charlotte Mason education, but what should we do instead?

Should we even teach a foreign language to our little ones, or is it better to just wait until school age?

As so often happens, I’ve found the Parents’ Review addresses just these problems. Isn’t it amazing that parents have had the same struggles and doubts for 130 years? It really puts things into perspective when you look at it that way.

Yes, we should teach our young ones a foreign language. It is never too early. But how to start?

First Steps in learning a language for preschoolers

“Many of the mothers of to-day will still remember the sad bewilderment and weariness of their first French lessons, when at the age of nine or ten they were considered old enough to “begin” French, and were suddenly called upon to grapple with the difficulties of reading and writing in a foreign language, whose words, pronunciation, construction, were all alike equally strange and uninteresting to them.

Believing, as we do now, that children should learn a foreign language as they learn their mother tongue – they speak it long before they learn to read and write – we endeavour to give the little ones while still in the nursery a joyous and interesting oral introduction, by means of games, songs, and stories, to the future study of the language as read and written.”

Here we see that our preschool language learning should be entirely oral, and done by means of games, songs, and stories. These will lay the foundation for future book studies of the language (starting in Form 2, around the ages of 9-10).

This is good for me to read, because I tend to think that early learning can (or should!) give a complete grasp of the new language. The author, Francis Epps, is telling us though that we are simply laying a foundation at this point, and more in-depth studies will come later.

“Passing over the baby stage of learning, the names of the objects in sight, at table, round the room, out of doors (never omitting the article), and the learning of little sentences by slow and careful repetition, e.g., “J’ai une rose,” “le chat dort,” “j’aime ma mère,” the little one will soon be ready to join in the lively dancing and singing games of his elder brothers and sisters…”

Whoa, I need to stop there! The sentence continues, but I want to break this down into manageable bits.

Have you done this with your child yet? I haven’t!

Before we even get to singing games and lively dancing, it is assumed that we have finished the “baby stage of learning,” the names of everyday objects both in and outdoors.

Silverware, simple furniture, trees, plants, birds … these are all words we can learn with our young ones.

How? Perhaps we get a 100 First Words in French (or Spanish, or whatever your target language is) and work through it. This would introduce the written word to the children, though, and that is not what we want.

How about learning 3-4 new words per day, and using a tool like Google Translate to do it? Use the small speaker icon to learn proper pronunciation. Make sure to use the ‘article’ with the noun (whatever means ‘a’ or ‘the’ in your target language, so your children naturally learn the gender of the noun).

If 3-4 new words per day is too much, try 1-2. Use them in your conversation throughout your day. Slip them in, substitute the words for typical English words.

“Lexi, it’s time to come to la mesa for dinner!”

“Joey, put your zapatos on please, we’re going outside!”

Then learn little sentences by slow and careful repetition. The examples given here translate to “I have a rose,” “The cat is sleeping,” and “I love my mother.”

This exercise alone could take several months before you run out of words in your immediate surroundings.

The rest of the sentence talks about specific actions in specific nursery songs. One in particular that many of us know is “he will before long be quite … successful … in ‘washing his face’ with dancing round the ‘Mulberry Bush’”

I had to look this up (shame!) but, there’s more than one Mulberry Bush song. While what came to mind was the monkey chasing the weasel, there’s another that I’d forgotten:

A good option here is a CD of nursery rhymes, preferably sung by a native speaker, and also preferably with full directions given for the action songs.

“The children will, naturally, learn the words slowly and carefully, with their meaning, as well as the actions and music.”

A few games are also suggested in this Parents’ Review article:

“all sit round the table, or the fire, and the mother says to her right-hand little neighbour, “J’ai un panier.” [I have a basket] This calls for the interested question, “Que mets-tu dedans?” [What do you put in it?] and its answer by mother, “J’y mets des poires,” [I put pears in it] “ des œufs,” [eggs] or any other familiar object. The little neighbour first spoken to then tells her right-hand neighbor “J’ai un panier,” and so the announcement, questions, and answer pass round the circle. Generally, the children try to think of something amusing to put in their baskets, and the game goes on amid a ripple of merry laughter.”

“each child has a card with about twenty little pictures of familiar objects on it, and a heap of as many counters. The leader of the game reads out from a list she has the name of one of the objects represented on a card, perhaps “la chaise.” The child who has the picture on her card says, “J’ai la chaise,” and covers it with a counter; the one who gets all the pictures on the card covered first, wins the game.”

It is agreed before the game that a certain number, say “seven” (whatever the number is your target language) shall not be mentioned, either by itself or in seventeen, twenty-seven, etc, and that “Buz” should be said instead. The counting goes regularly round and round, each one saying the number which comes next. Uno, dos, tres, quatro, cinco, seis, buz, ocho …. Children eagerly await their chance of saying buz and of catching the forgetful one who says vientesiete.

4) 20 Questions and I Spy, both played in the target language.

Here are directions for playing in Spanish.

Next we are told that “besides the words of the songs they sing, children much enjoy learning to recite little fables and stories….”

For those learning Spanish, Georgia Public Broadcasting’s Salsa series is wonderful for this. For other languages, look for simple repetitive fairy tales. Especially good for parents are those that have been recorded online by native speakers.

You can go to your local library and ask the librarian if your library has any resources for these. There may be audio books, or digital resources, or even story time if the language is one that’s widely spoken in your area.

Here we come to the crux of the matter.

“How are we to secure a good accent for our children? A mother may do her painstaking best in her nursery French games and plays, but most likely she will feel, unless she has been educated in France, that there is a too conscious effort about it all…”

Over the last pages of the Parents’ Review article, Frances Epps suggests the same thing Charlotte Mason did – that a French woman be employed for a few hours per week to tell stories and converse with the children. To cut costs, she suggested the expense be shared among several families, to create a group of about 12 children.

How can we do this now?

Think about what resources are available to you. Does your library have a language time for tots, with a native speaker? Do you have a friend or family member who speaks the language that would be willing to spend regular time with your child?

Perhaps a local language school has a Mom and Me time (this would be more common in large cities).

Can you afford an internet language tutor for half an hour 2x per week, one who works with kids?

Your last option might be watching children’s dvds in the language you’re learning, simply for the accent.

Music and youtube videos aimed at children, especially when done by native speakers, is another way.

Read this excellent article from Fluent In 3 Months on why you should teach your children a foreign language, even if you aren’t good at it yourself:   Why I’m Teaching my Kids to Speak French Badly (And Why I Think You Should, Too)

Though we will begin with “baby French”, the next steps don’t need to be done sequentially. They can be done in any order or all at the same time.

Whatever works well for you!

Have you introduced a new language to your young children? I’d love to know what resources you’ve used, and whether or not you felt they were worth the time or money!

Want to remember How to Teach Foreign Language to Young Children? Pin it to your favorite Pinterest board!

2 Comments on Foreign Language for the Littles

This site uses Akismet to reduce spam. Learn how your comment data is processed. 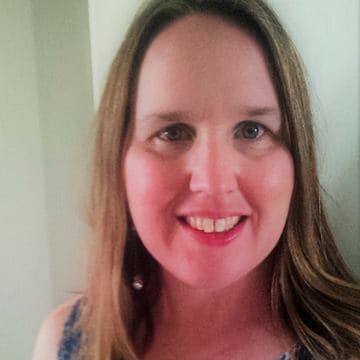 I’m a long time homeschooler and Charlotte Mason lover. I’m passionate about helping you use Charlotte Mason’s methods to create a homeschool that fits your family, regardless of your cultural or religious background. Pour a glass of wine, kick off your shoes, and come on in.


Read more about me

Popular on the Blog